A woman’s self-esteem can be seriously influ­enced by the size and shape of her breasts. For this reason, it is easy to under­stand that women have the desire for bigger and beautiful breasts. Through the way of breast implants, enlar­ge­ments or changes of form can be indivi­du­ally made​​ for each woman.

Implant selec­tion is based on your personal preferences. 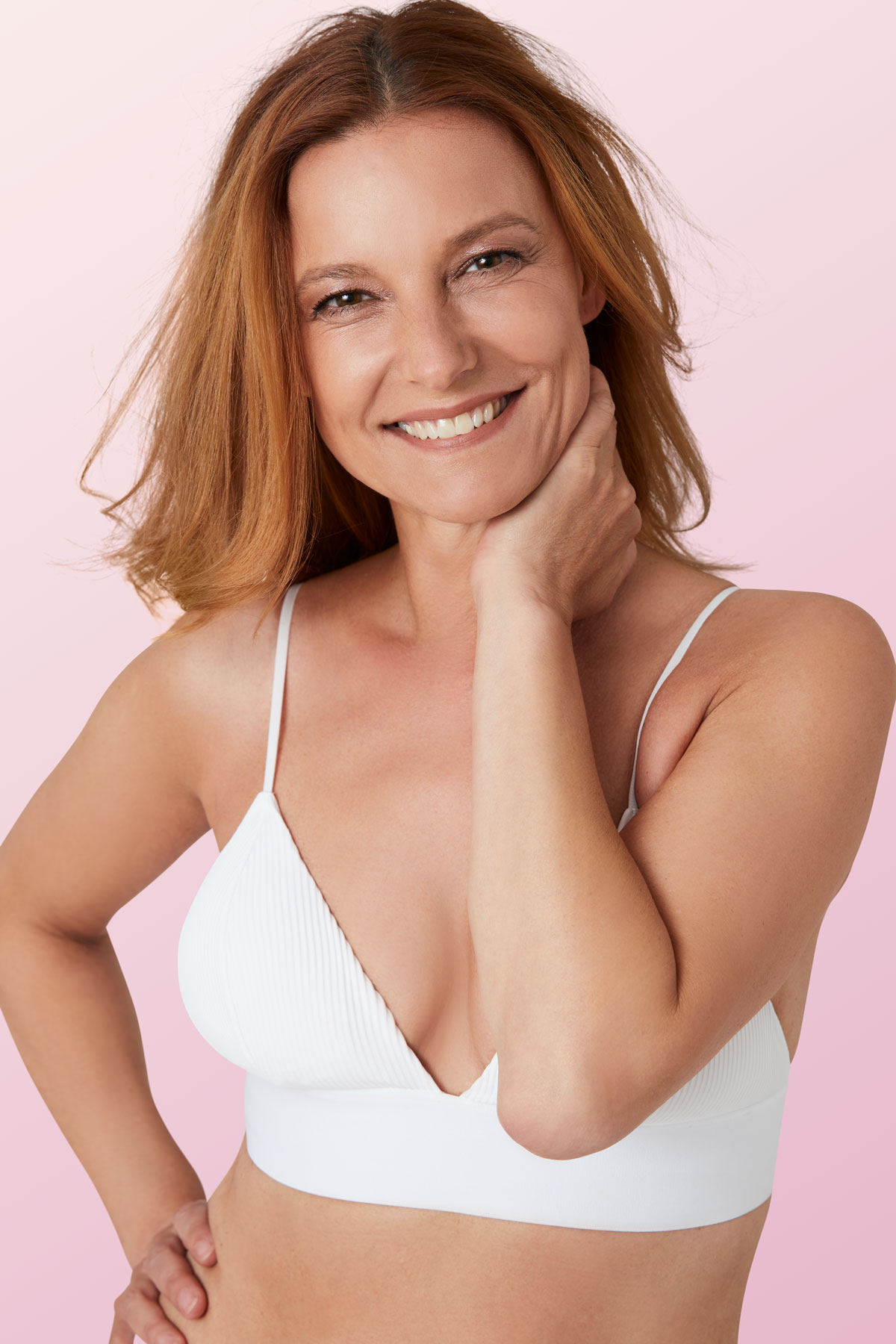 Sobriety before the day of surgery, no blood-thinning medication

variable, depends on the cost of the inter­ven­tion and material

In our clinics in Berlin and Cologne, we only use the newest genera­tion of silicone implants manufac­tured by the world market leader and sealed with the European Quality Label. All sizes and shapes are avail­able and our patients receive an indivi­dual implant passport, which contains the exact infor­ma­tion about their parti­cular implant. In order to deter­mine the perfect size of the implant, the patient’s anato­mical parame­ters are measured in an exami­na­tion. In addition, we can simulate the new shape of the breast in the opera­ting room before the final implant with the help of sample implants. This fine tuning is possible even during the operation.

Breast augmen­ta­tion usually takes 1–2 hours and is performed under general anaes­thesia. Shortly after waking up from anaes­thesia you can already perform light activities.

You can select between three diffe­rent positions of the incision. We will explain this to you in detail in the preli­mi­nary exami­na­tion to help you make a decision.

Incision in skin fold (Inframam­mary)
The scar is hidden in the skin fold under­neath the breast.

Incision through the armpit (Transaxil­lary)
With this method the breast remains scar-free, but is not suitable for every woman.

Thanks to the use of special instru­ments, we insert implants in the appro­priate place and thus reduce scar size by almost half compared to classical augmen­ta­tion. This fact and proper scar location makes it almost invisible.

With this parti­cular method, the implant is protected by the muscle and there­fore hardly notice­able through skin. The harde­ning of scar tissue around the implant is signi­fi­cantly lower. Mammo­grams can be performed easier thanks to this type of placement.

Using this method, the duration of the opera­tion is shortened, as well as the healing time. This proce­dure is mainly performed with acute breast forms. Mammo­grams are slightly more diffi­cult to perform.

In the first 1–2 days after the opera­tion, the patient should rest. The healing process is diffe­rent for each woman. In this phase, it may occur that the breasts are sensi­tive to touch and swollen. After about a week, you can again perform normal activi­ties. Further­more, it is recom­mended to wear a support bra after the opera­tion. This special bra helps accele­rate the healing process and stabi­lises the breasts. You should wear this bra for about 6 weeks.

We offer free check-ups after 1, 7 and 14 days. Further check-ups are then performed once a year.

This new method of breast augmen­ta­tion has currently been a hot topic in the media. Excel­lent research results have prompted us to add this new method to our services for a gentle extrac­tion of fat cells through water-jet liposuc­tion, the so-called breast lipost­ruc­ture with autolo­gous fat (BEAULI method).

After suction, the fat cells are rinsed with water and then collected in a sterile container. The fat cells are then trans­planted with small syringes. This method is not only used in breast augmen­ta­tion, but also in plastic surgery, for example after suffe­ring from cancer or capsular fibrosis, which can occur with silicone implants. For women with small breasts who have the desire for breast augmen­ta­tion, but who have an aversion to silicone, this method would be appro­priate. Even people with fat distri­bu­tion abnor­ma­li­ties, which means too much fat on the buttocks and the thighs and too little weight on the chest, are very well suited for this new method. Also an asymmetry of the breasts can be easily compen­sated for.